The Stone Bridge – Kamen Most (Камен Мост) in Skopje (Скопје)

One of Skopje’s most visible landmarks and the city’s symbol, is this stone bridge that connects the modern center of Skopje to the old town and bazaar (Stara Čharšija, Stara Charshija, Стара Чаршија).  A bridge existed here during the Roman Empire but was destroyed during an earthquake and the current bridge was completed in 1469, during the Ottoman Empire1.

Stone Bridge crosses over the Vardar River at a strategic location in the center of Skopje.  It serves as the main conduit connecting  Stara Čharšija, the bus station, museums and businesses on one side of the river to other businesses and shopping on the other side of the river. 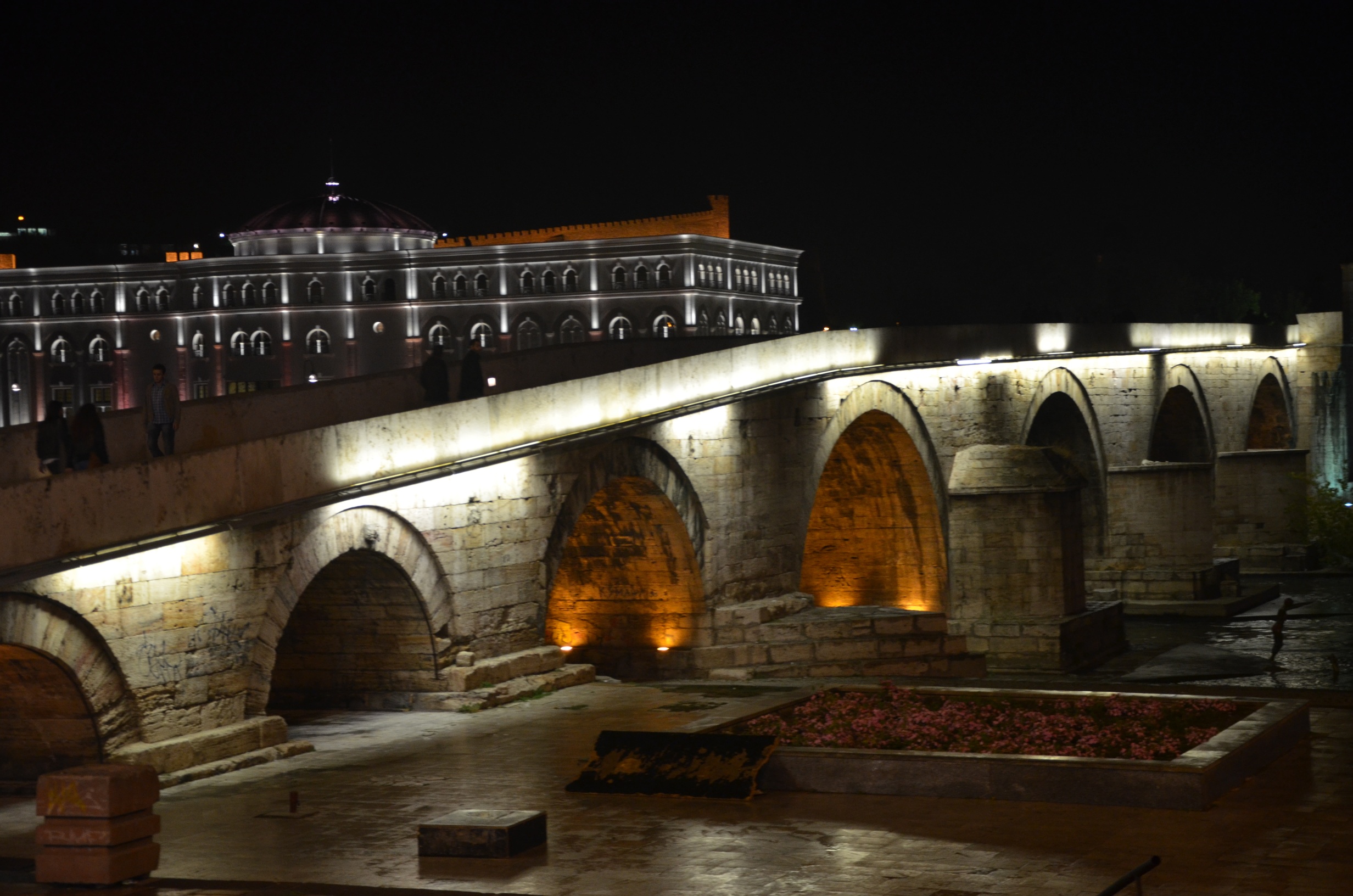 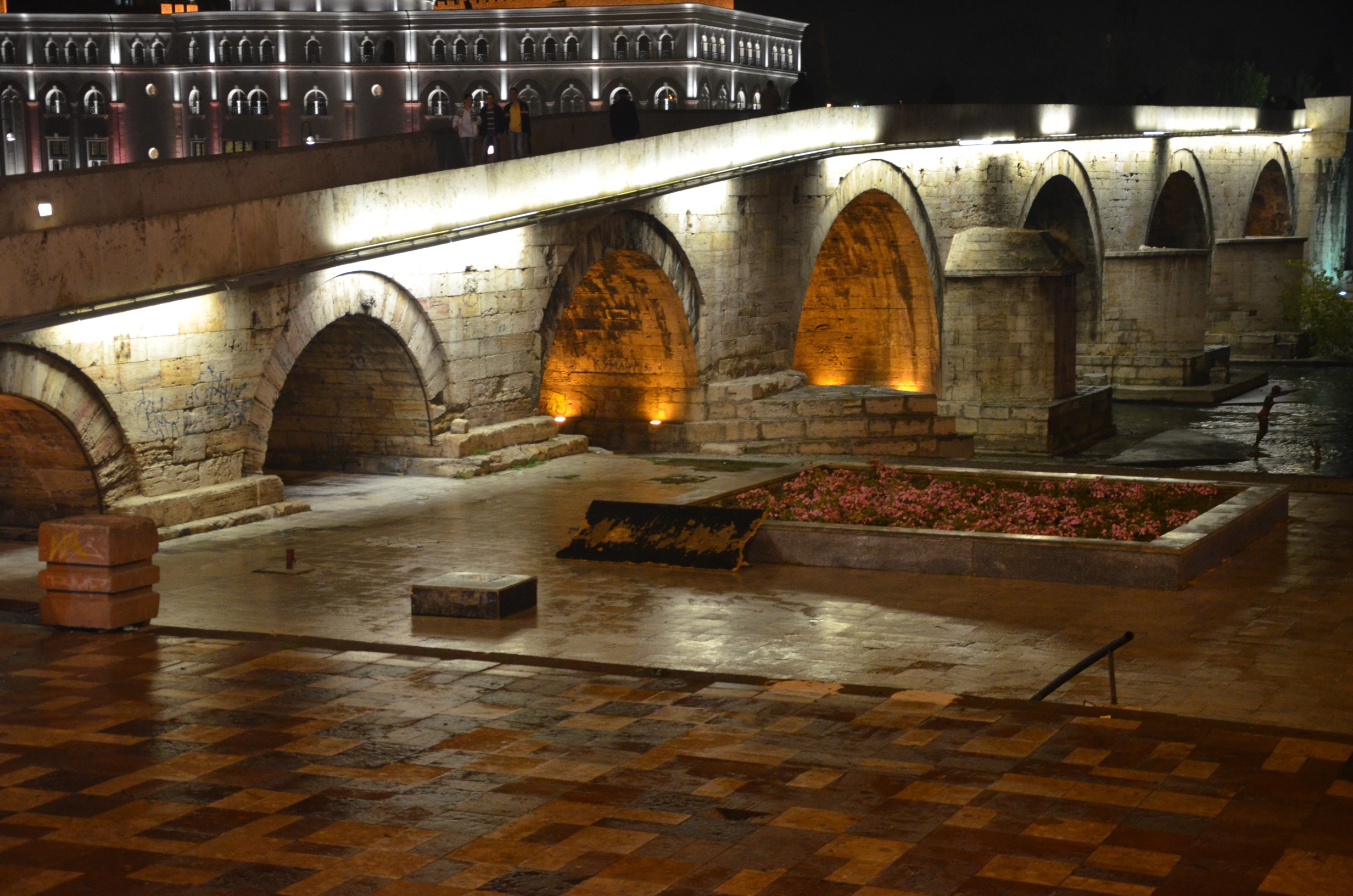 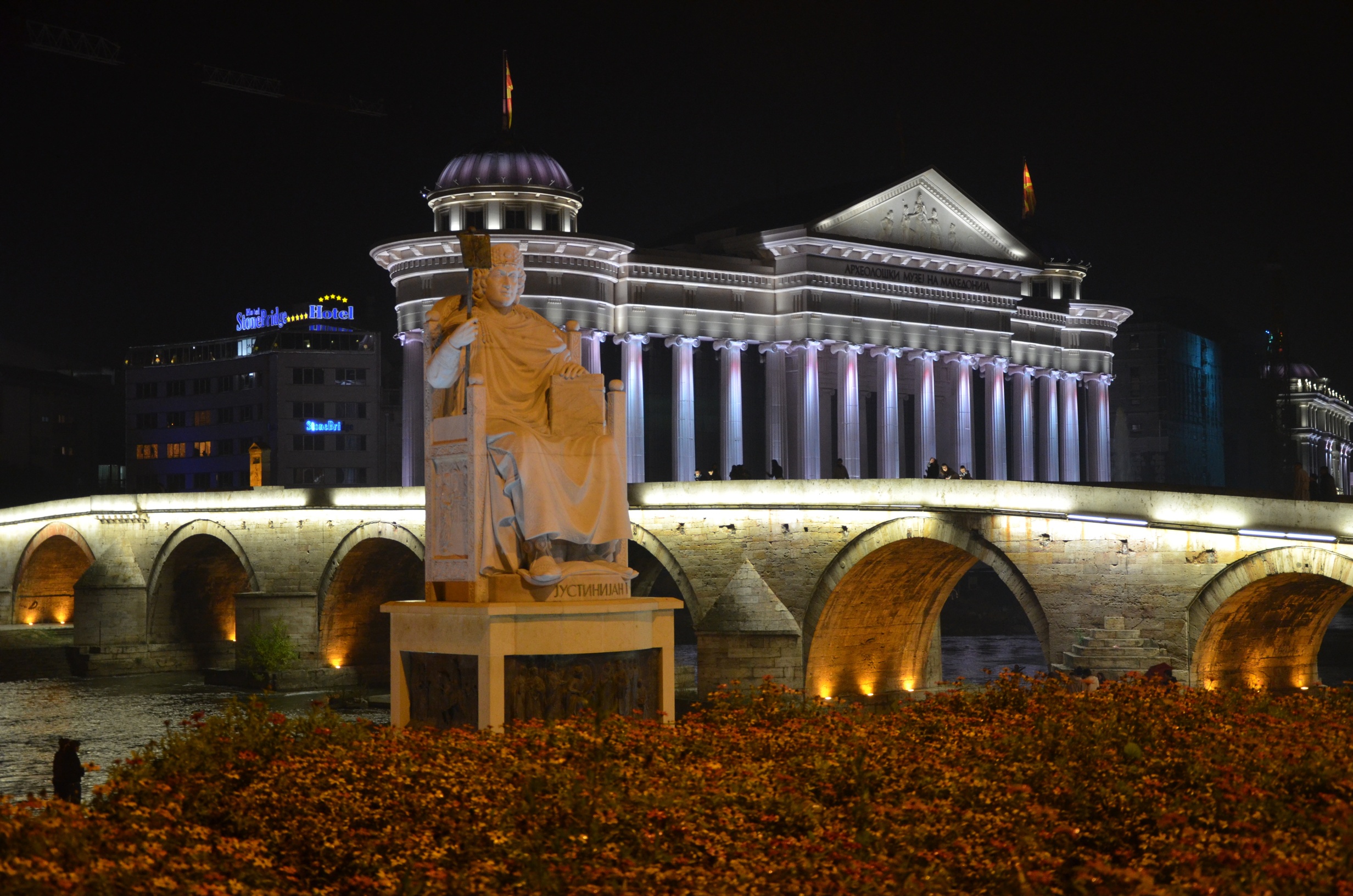 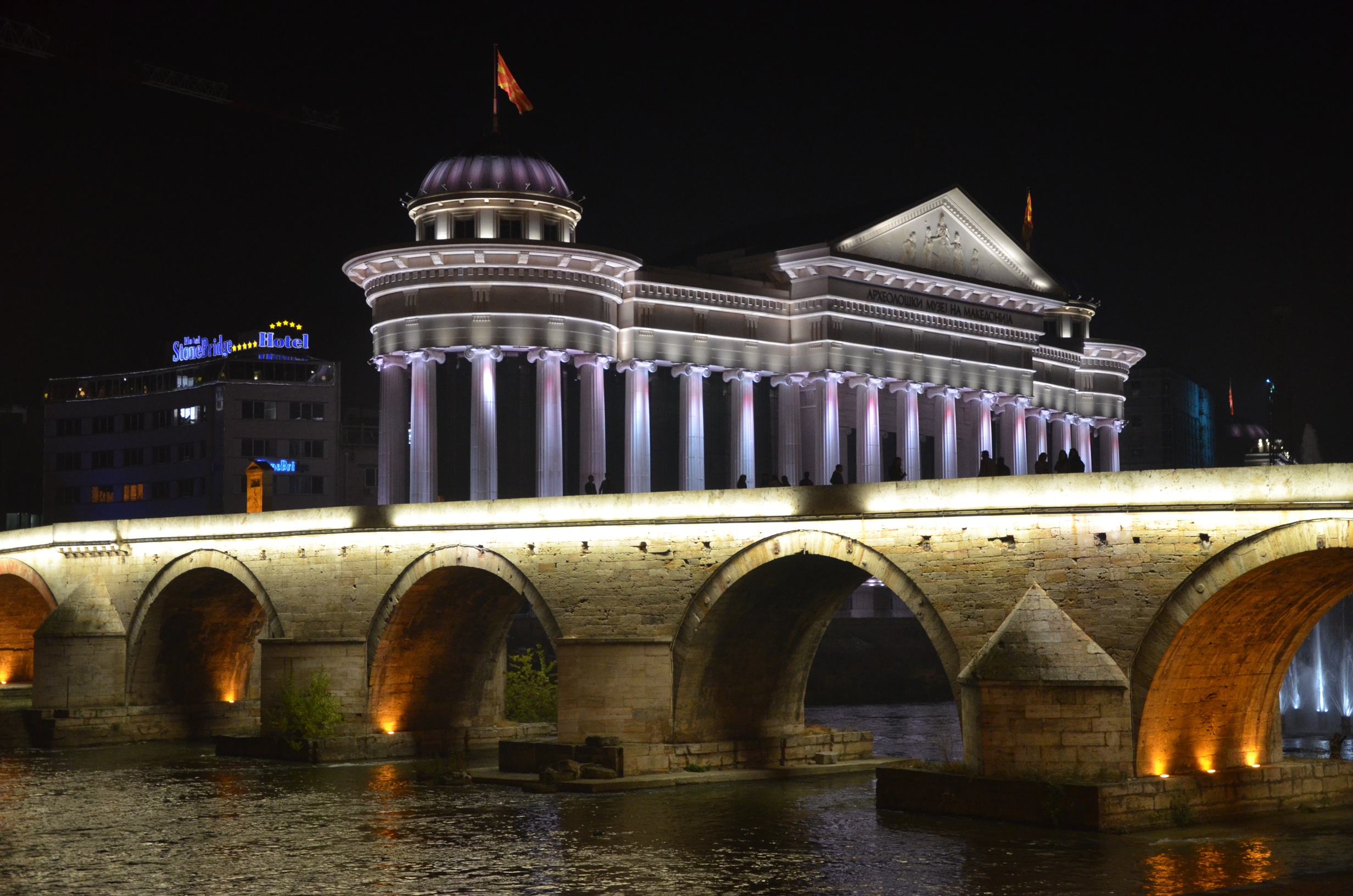 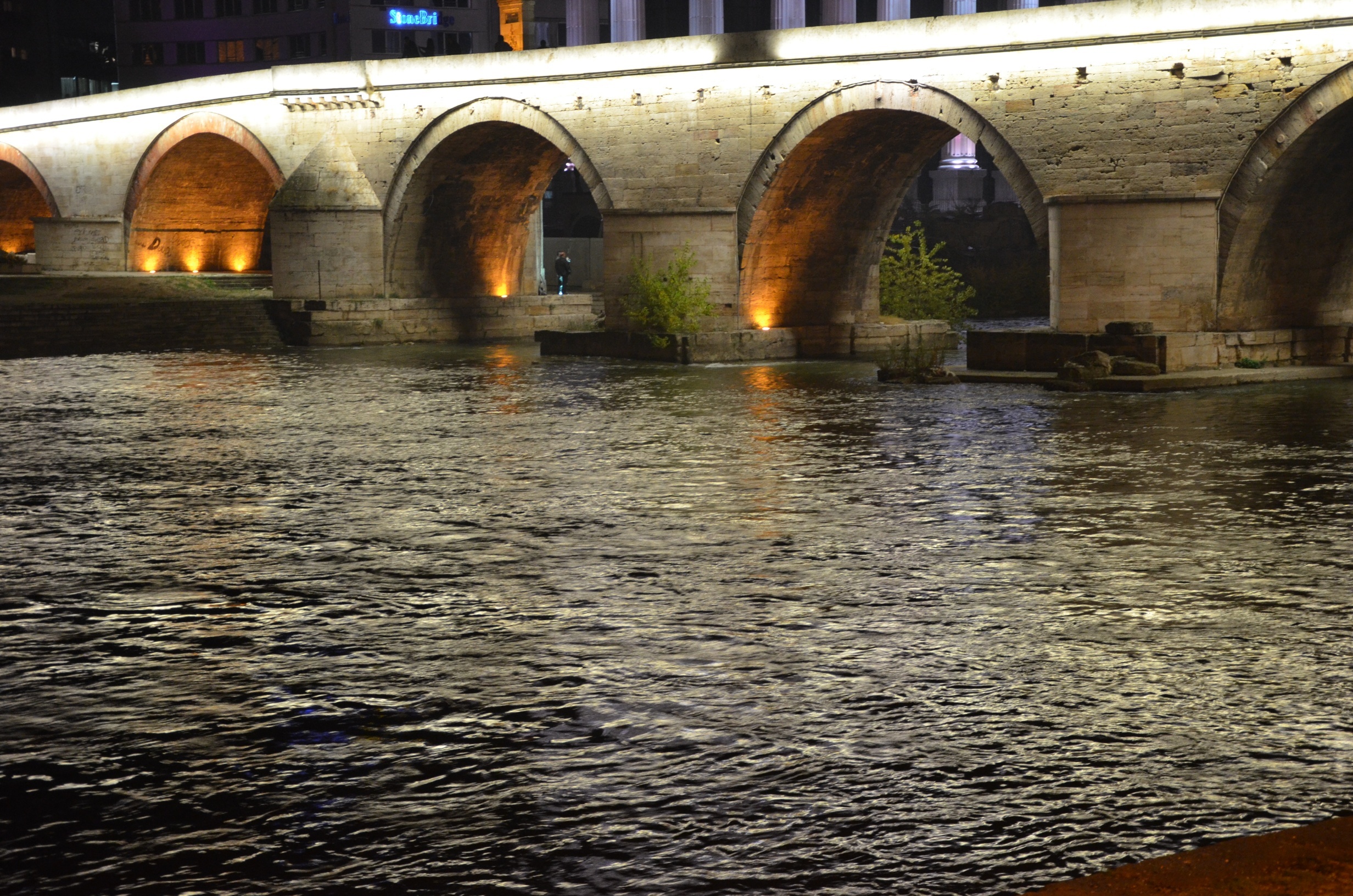 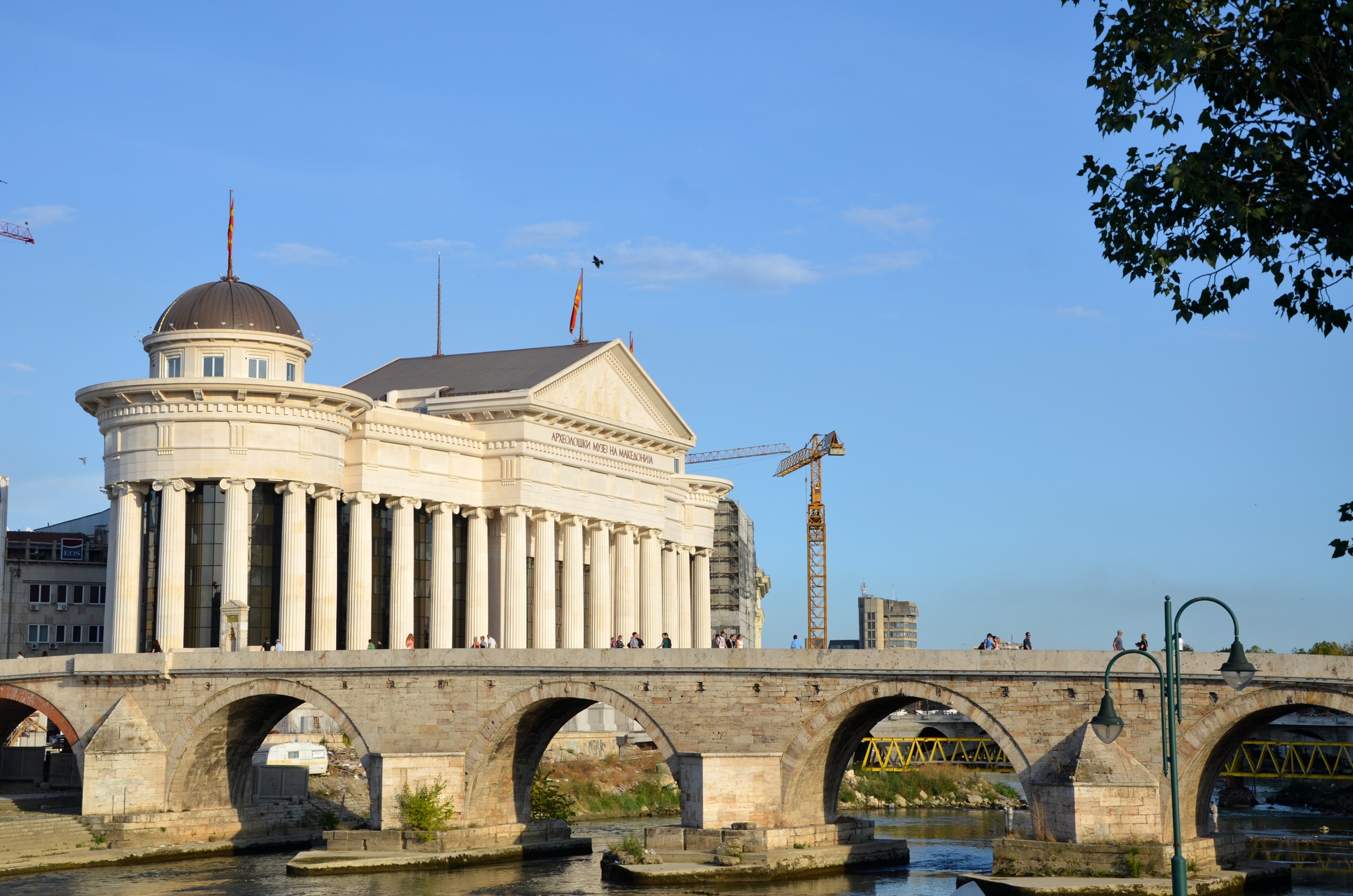 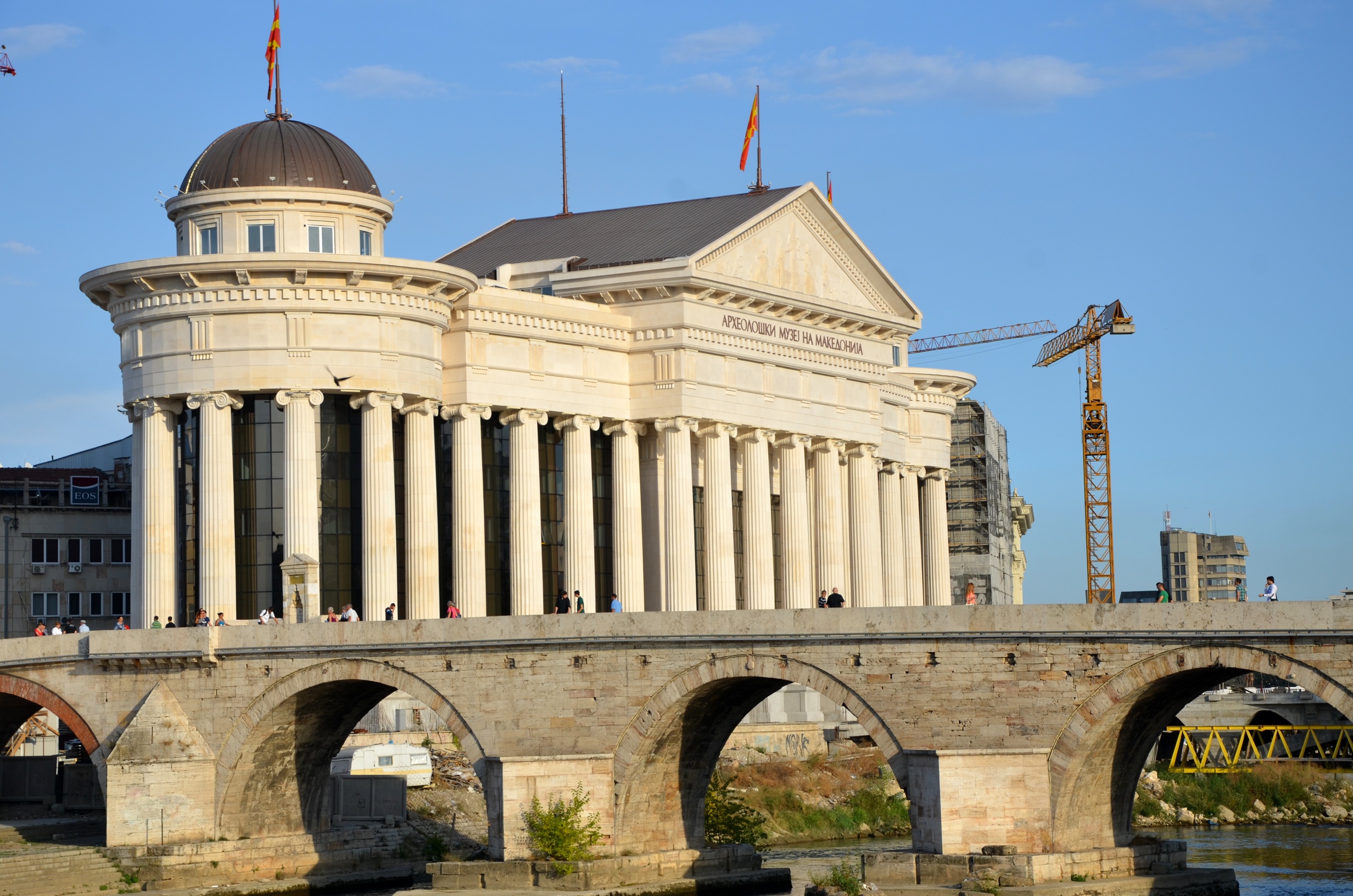 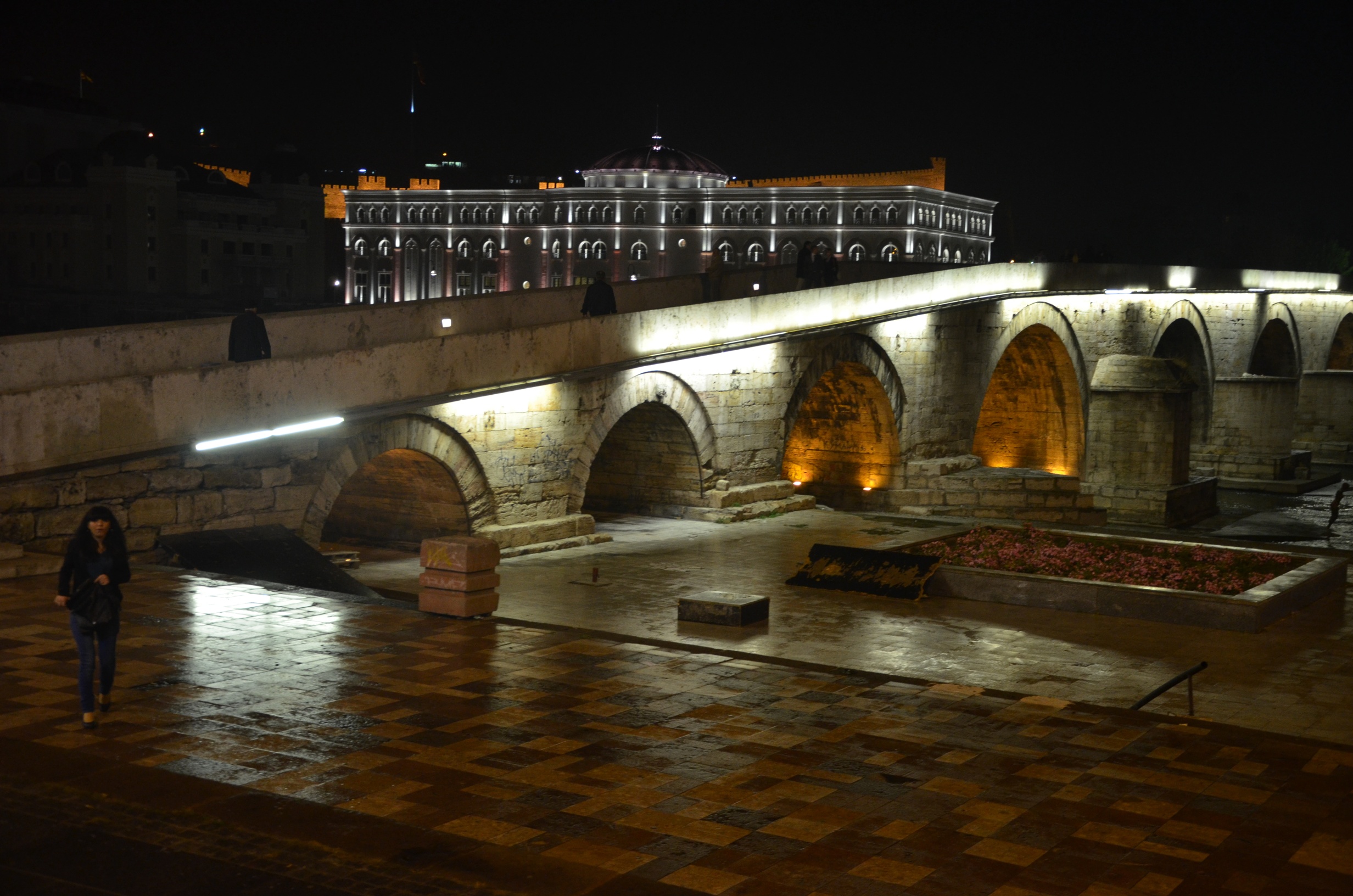 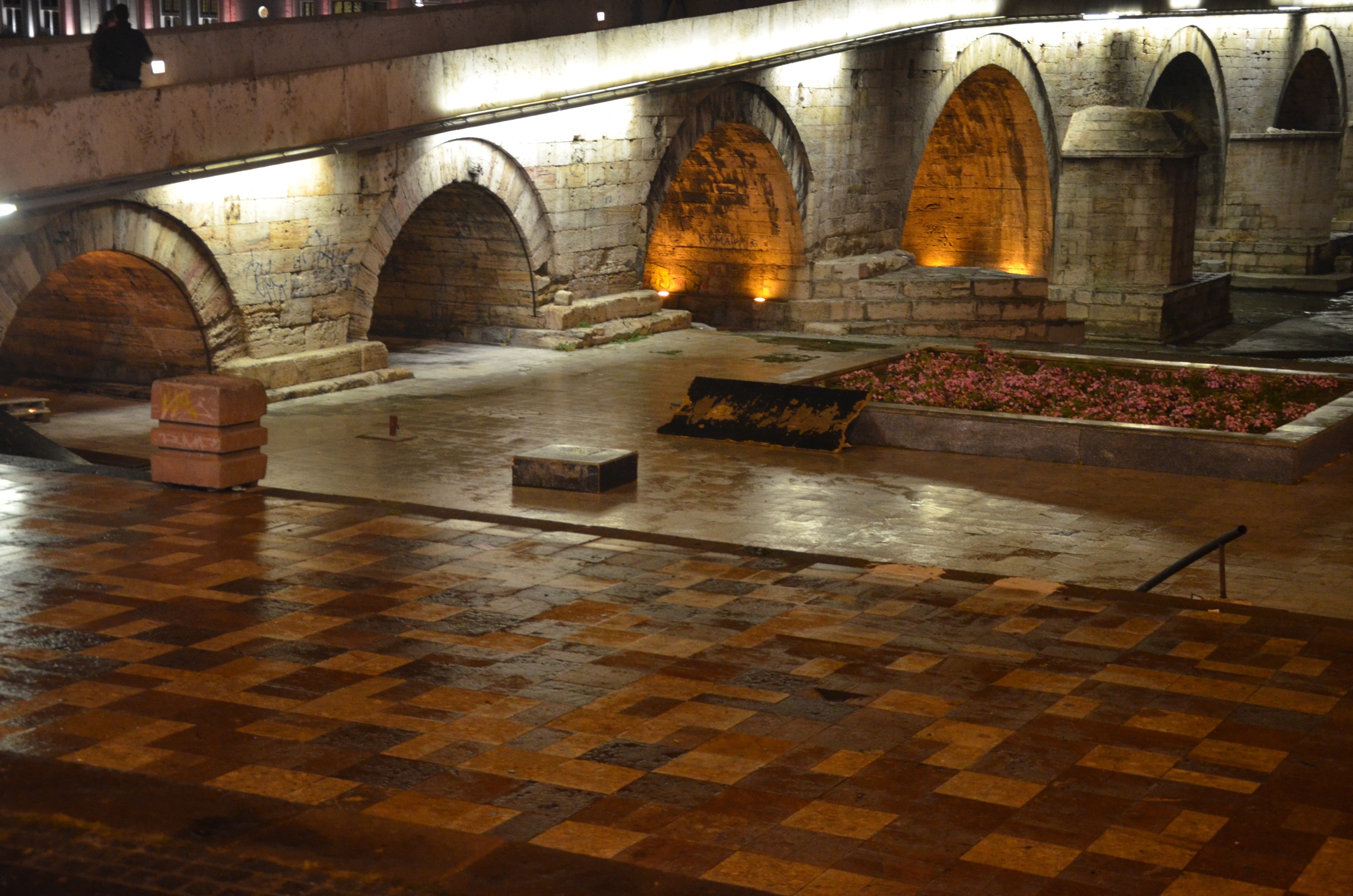 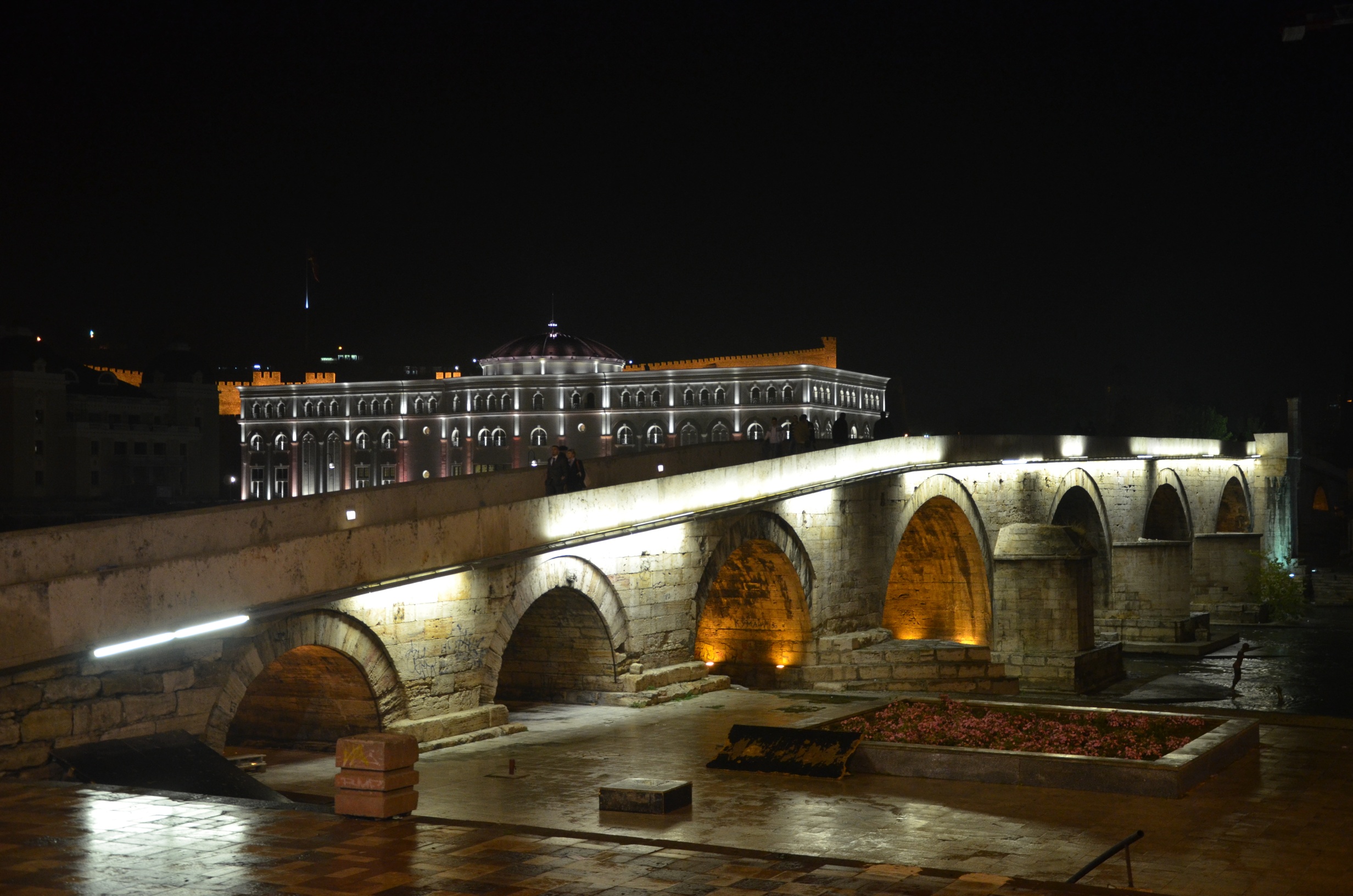 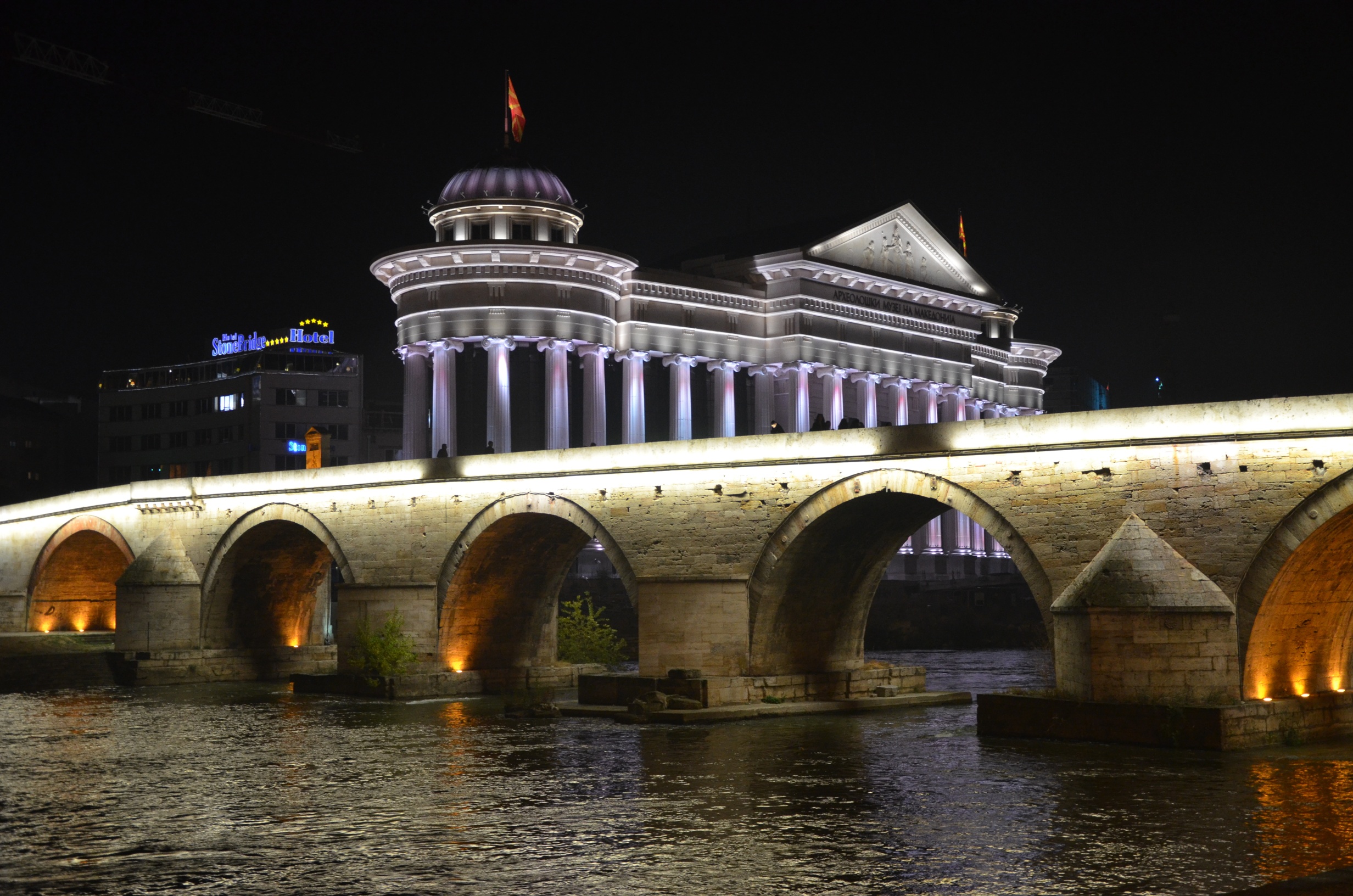