This cathedral style church dedicated to Saint Demetrius is located in the center of Skopje across the Old Stone Bridge on the other side of Ploshtad (Skopje main plaza) in the Jewish Neighborhood below the Skopje Fortress (Skopsko Kale) just past the Square of Phillip II (Ploshtad Filip Vtori) before you get to the area known as Stara Charsija (Old Bazaar).

The church is built in the shape of a ship and has three naves with an apse and a cupola (dome).  The current church was built on the foundation of a 16th century church and underwent renovations near the end of the 19th century.  During the 18th Century the church had the formal title of “Cathedral” as it served as the official Seat of the Skopje Eparchy (Diocese).1  The church’s role has since changes and remains open to tourists and to all believers.

The church was damaged by the big earthquake of 1963.  Fresco work was then commissioned to Krste Koloski who completed the work between 1968 and 1973. The church compound includes a baptistery (krstilnitsa, крстилница) and a bell tower.  Above the entrance on the south side of the church there is a mosaic of the St. Demetrius, Orthodox Saint and Military Martyr. 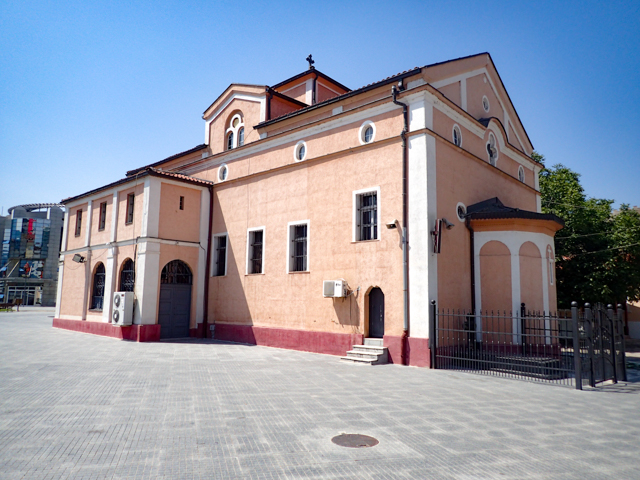 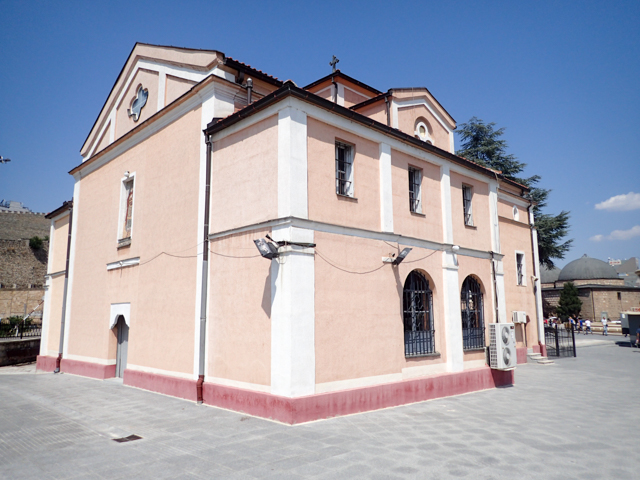 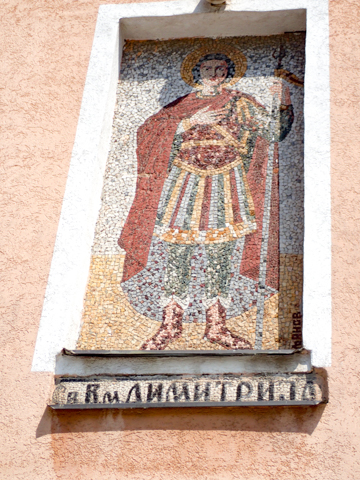 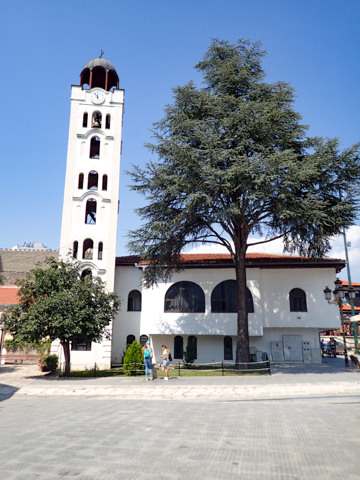 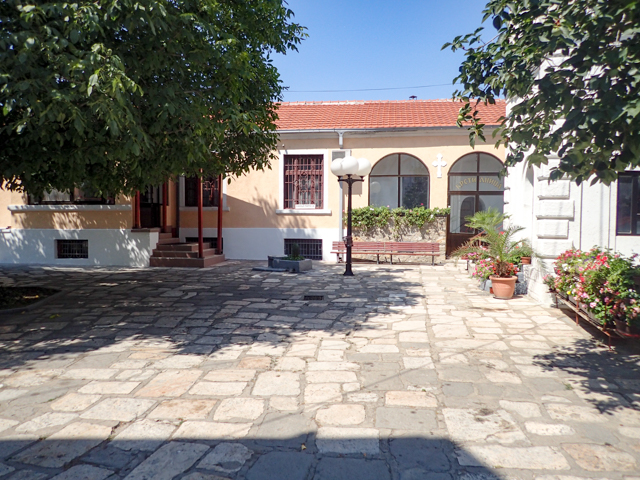 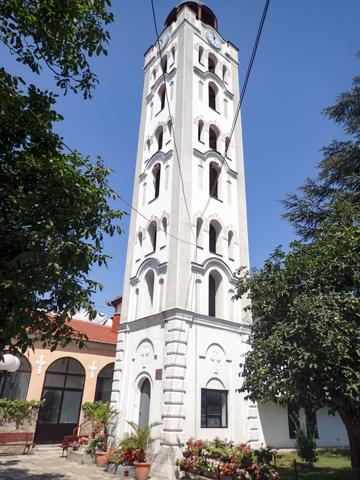 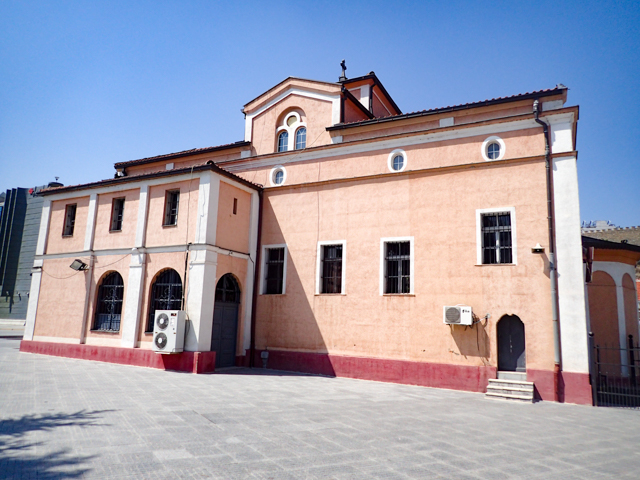 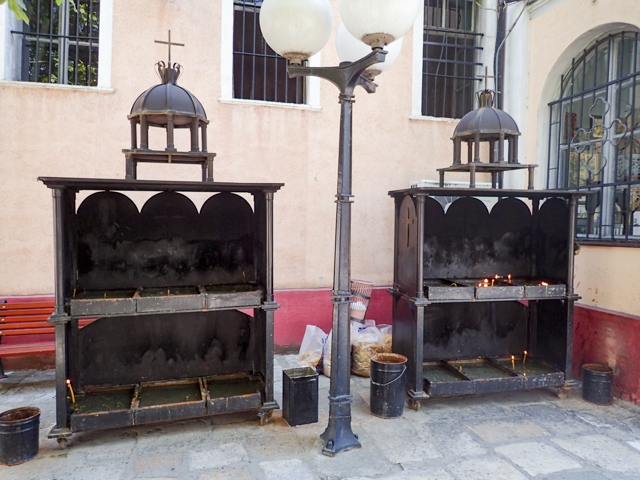 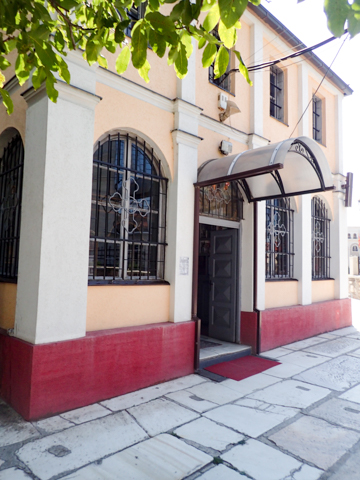 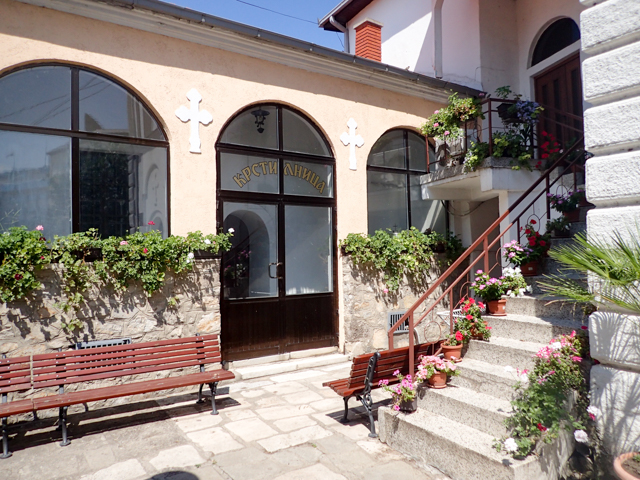 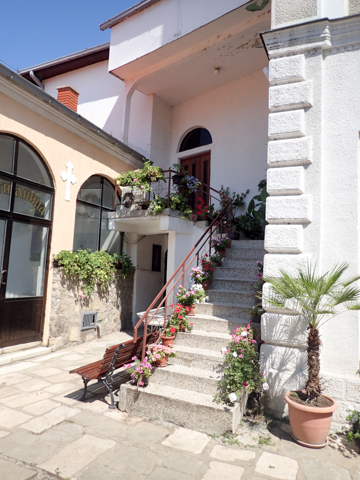